L. J. La Barthe is a French-Australian, who was born during the Witching Hour, just after midnight. From this auspicious beginning, she has gone on to dabble in many things! She wrote a prize-winning short story about Humpty Dumpty wearing an Aussie hat complete with corks dangling from it when she was six years old. From there, she wrote for her high school year book, her university newspaper and in her early teens, produced a fanzine about the local punk rock music scene. She loves music of all kinds and was once a classical pianist; she loves languages and speaks French and English with a teeny-tiny smattering of Mandarin Chinese, which she hopes to relearn properly very soon. She enjoys TV, film, travel, cooking, eating out, abandoned places and researching.
L. J. loves to read complicated plots and hopes to do complex plot lines justice in her own writing. She writes paranormal, historical, urban fantasy and contemporary Australian stories, usually m/m romance and featuring m/m erotica.
L. J. lives in the city of Adelaide, and is owned by her cat. 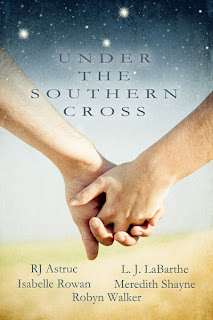 I first started writing as a kid, writing stories to go with my drawings. I wrote and drew a story about Australian Humpty Dumpty when I was six or so for a competition, and I won, which was pretty awesome. I kept writing, different things, all through my teen years and early twenties, then started writing stories with a friend of mine, which we wrote for ourselves. Some years ago, I saw a call for stories for an anthology daily dose that Dreamspinner Press was doing, with the theme of gay marriage. It was the "To Have and to Hold" set, so I submitted a story and it was accepted.

When I got that first acceptance, I think I had a small out of body experience of the OMGYAYZ variety, lol. I rang my mum and told her, and told my closest friends, and we all did a lot of OMGYAYZ. It was pretty awesome.

Everywhere. Music. Other books. Films. TV. Documentaries. Travel. Dreams. History. When I have writer block, I go stand in the bathroom, aka, the Room of Wisdom. For some unknown reason, inspiration hits in the bathroom!

I don't really make a conscious choice. I just write the story how it wants to be told.

Fictional, definitely. I don't think any of them are particularly similar to me, to be honest.

Getting published, definitely. Getting great feedback.

There's a few. "The Danilov Quintet," although only the first three are out so far, by Jasper Kent. "The Prince and the Program" by Aldous Mercer. At the moment, I'm reading "Eternal Rider" by Larissa Ione, which is the first of a quartet about the Four Horsemen of the Apocalypse.

Titles. I have a really hard time thinking up good titles. Synopsis and summaries, I am really pants at those.

I read through my facebook, twitter and various blogs, then sit down and do some writing. Break for meals, then watch some TV, then do a bit more writing, then go to bed and read. I try to write something every day, even if it's only 100 words. It's good to get into the habit of doing it every day, I think. I have my laptop table set up in my living room, so I'm in the room with the cooler and the cat. 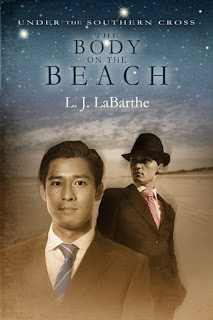 Today (20 Feb), I recieved the contract for "City of Jade," which is a novel length sequel to the short story, "City of Gold." The novel is very, very dear to my heart. It's set in the early twelfth century and covers the journey along the Silk Road, from Constantinople to Hangzhou, the experiences that Gallienus and Misahuen have in their quest to find a new home where they won't be persecuted for their love. I am SO thrilled it's been contracted, and by Dreamspinner Press, and my release period for that is June/July, so keep your eyes peeled for it! In the interim, the short story that inspired it is available here.


I also hope to have started on book five of my Archangel series. I have a novella coming out that's part of an anthology I collated. The anthology is called "Under the Southern Cross" and is a collection of Australian m/m romance stories by Australian writers. The other authors involved in my project are Isabelle Rowan, Meredith Shayne, RJ Astruc and Robyn Walker. The anthology covers historical, contemporary and futuristic genres, and is set all over Australia and is out with Dreamspinner Press. I am endlessly grateful to Elizabeth who was really wonderful and excited about the project right from my initial pitch.

My story is called "The Body on the Beach." It's set in 1920, in the city of Adelaide, my hometown. It's a historical murder mystery. Researching it was a lot of fun, I learned a lot about Adelaide that I previously didn't know. A snippet is as follows:

Billy's gaze slid to his lover; Tom was looking at the newspaper article once again, his brow furrowed in concentration.

Billy turned back to the Detective. "What else occurred?"

Smythe took a deep breath. "The man who was found by the jetty at Brighton Beach, lying in the shallows, is unknown to us. He has no identifying features and his fingerprints do not appear to be in the records, although the Fingerprint Department is still checking. The coroner is examining the body to determine cause of death, and the man's clothing is also being carefully examined. However, what is of immediate concern is the symbol that was carved into his chest.

"I had it copied most meticulously to be sure that it was correct in every detail. I hope you can translate this for us, Mr. Liang." Smythe set down his teacup and dug into the pocket of his jacket, pulling out a folded sheet of paper, which he handed over to Billy.

Billy's eyebrows show up as he unfolded it. "This is Chinese," he said slowly, "and it is the character shī - 失- which means 'lose.'"

"Lose?" Smythe looked puzzled. "In what context? I mean, what did he lose? What was lost? Where was it lost?"

Billy spread his hands in a helpless gesture. "It would depend on the sentence in which it was used. As it is the single character on its own, it could, as you say, mean one of many things."

The Detective shook his head. "I fear that isn't as helpful as I was hoping it would be."

"Perhaps I can offer my services as liaison with my countrymen?" Billy offered. "Myself and my good friend Tom can speak with my people and perhaps aid your case. They will be more likely to speak to us than an officer of the law, I'm sad to say."

"I was hoping you'd offer." Smythe smiled in relief. "You've been of such great assistance to us in the past, Mr. Liang. I didn't want to bother you, but . . . " he trailed off.

"It is no bother." Billy smiled reassuringly. "Indeed, I am more curious than before. I dislike unsatisfied curiosity, so I am more than happy to assist your investigations."

Smythe drained the contents of his teacup and stood up. "Thank you, Mr. Liang. Could I prevail upon you and Mr. Bradley to come to the station first thing in the morning?"

"Of course, Detective." Billy rose and extended his hand. Smythe took it and shook it warmly, and Billy smiled. "We will see you first thing tomorrow."

"Thank you. I'll see myself out." Smythe picked up his hat, nodded politely at Tom. "Good evening, gentlemen."

Once he was gone, Billy turned to his companion. "I was growing accustomed to the quiet," he mused with a rueful grin.

Visit the Dreamspinner Press website for all LJ's books: http://www.dreamspinnerpress.com/store/index.php?cPath=55_116
where you can buy her newest work, Body on the Beach, or as part of the anthology Under the Southern Cross