Jana Denardo's career choices and wanderlust take her all over the United States and beyond. Much of her travels make their way into her stories. Fantasy, science fiction, and mystery have been her favorite genres since she started reading, and they often flavor her works. In her secret identity, she works with the science of life and gives college students nightmares. When she’s not chained to her computer writing, she functions as stray cat magnet. She’s also learning that the road to enlightenment is filled with boulders she keeps falling over and that the words gardening and Zen don’t go together no matter what anyone says. 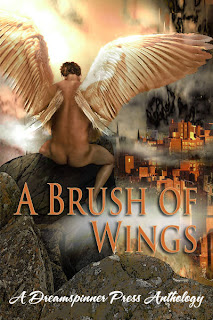 I got my start at the tender age of 10 with fan fiction after getting to see Star Wars at the theatre for my tenth birthday. (yes, you can do that on that one, shudder.). I took all the creative writing classes my high school offered (i.e. one) and college (ditto). Eventually, I shelved dreams of publication to attend medical school, but I wrote even then. Mostly fanfic since there was not a lot of canonical thought needed and it was a great stress reliever.

I needed that stress relief even more during my residency and setting up my first practice. It was then I started sending out short stories (mostly horror/urban fantasy) and I published a few. Then a lot of life happened and I took a hiatus that was nearly a decade long. A friend, while reading one of my non-erotica WIPs, encouraged me to try the erotica publishers. My first het erotica was Unquiet Ghosts to Circlet Press’s anthology,  Like a Sacred Desire, and my first gay erotica was In the Hands of Gods to Dreamspinner Press’s anthology A Brush of Wings. The first person I told was everyone on my blog then I told Mom. Her reaction, ‘about time you sold something.’ Snort. Thanks, Mom.

From all over, but most especially talking to my friends about characters and my travels. I’ve been to many of the places that appear in my stories (Sadly, not Pompeii as in In the Hands of Gods, but maybe some day). Also I’m an avid reader and my reading choices are usually exactly what I write. I read something, think ‘hmm, I like that take on ghosts, but what could I do with ghosts?’ I’m a huge fan of myths and folklore and like to use characters from them.

How do you make the important choices when it comes to writing your stories? Point of View? Voice? Theme? Title?
Honestly, the first three setting into place when I think on the characters I’m going to use. More often than not, I have these strange people screaming in my head. I usually know right off whose point of view I’ll be using and their voice often fills in immediately. If it doesn’t, I work on it in revision, but that is much harder.
Titles suck. I’m so awful at it. I often beg my friends to help me or look at song lyrics or quotes that I think exemplify the story then paraphrase it from there. If the editor wants me to change the title, I’m good with that, too.

It’s a bit of a mix. Certainly things I’ve heard or have seen make their way into my characters, but on the whole, they’re more purely fictional than not. Very few are tremendously like me, to be honest (or at least not in anything that’s been published). Many of them, though, are comic book and SF/Fantasy geeks and that is very much like me. Some believe in ghosts or are ghost hunters, which I’ve done.

That I’ve finished things and sent them out? That people actually like my characters for the most part is a big accomplishment. But, I really feel my greatest accomplishment has yet to happen. It feels like it’s just there waiting on the horizon

I have co-authored a couple books with my friend, Shazza, enough to know that it is difficult and we work well together. That didn’t stop it from being a challenge. I’m not sure I would want to try it with anyone else unless I really got to know them well.

Honestly I don’t know. I’d like to see people dig out Splinterof the Mind’s Eye just as evidence that George Lucas didn’t always intend Luke and Leia to be twins (or else they like to approve some incestuous professional fan fiction…). I read that thing until it fell apart (keep in mind I was eleven at the time).

How about some of the ones I’ve enjoyed recently instead? Thieftakerby D. B. Jackson, The Alloy of Law by Brandon Sanderson, When Maidens Mourn by C.S. Harris (I enjoy this whole series), Anna Dressed inBlood by Kendare Blake, The RavenBoys by Maggie Steifvater, Houndedby Kevin Hearne, Fullmetal Alchemist by Arakawa Hiromu and hmmm, maybe I should mention at least something in the m/m erotica field. I’m really enjoying Andrea Speed’s Infected series and right now I’m reading Kim Fielding’s Brute and really enjoying that.

Finding time? Kicking my internet addiction? No, seriously, it’s revision. Everything should pour out of my brain in perfect condition, no editing necessary. And the day it does, we’ll be skating on hell fire. No matter that I know my work will be better for the revision, I loathe doing it. I have to trick myself into sitting down with promises of something I like (like pickles or olives or salt and vinegar chips).

Nowadays I have more time than when I was seeing patients. I teach so often I do have time in the evening to write. I actually enjoy writing while they’re working on my exams because I’m away from that aforementioned internet addiction and it gives me something to do other than relentless stare at them for an hour.  I can write anywhere, and I actually prefer to write on paper and perform my first edit when I type it in. But mostly I write either in front of the TV (on paper) or at my desk at night. I try never to wait for inspiration (because it usually happens right before I fall asleep, am driving or in the shower, you know wherever I can’t write it down immediately and my brain is Teflon so the idea skids right off into oblivion).  I try to write every day. I don’t always succeed.  I don’t always set goals but sometimes I do.

Actually, I look for writing prompt communities and writing challenges because I’m so competitive. Also I like noise. I write better with music or the TV on. I love having a good cup or tea or a beer at my side as well.

Hmm potato chips (diabetic so not supposed to have them), comic books and manga (and actually I’m not the least bit guilty about those)

Right now I’m working on the sequel to my novella, The Darkest Midnight in December, but I still have at least a third of it to get done. The one I’ve just finished and am within in weeks (I hope, still waiting on one first reader) of sending in is an urban fantasy story about a young Army medic, back from the war. Aaron is trying to pick up his life, returning to grad school all the while learning how to use a DEKA “Luke” prosthetic arm after he lost his. He wasn’t really looking for a boyfriend, but when he met Rhys at a Steampunk event, he decided to take a chance. What Aaron doesn’t know is Rhys is a Tylwyth Teg here to make sure the fae don’t take advantage of humans and he comes complete with a jealous ex, not to mention he’s several centuries older than Aaron. Here’s a snippet of the opening scene of Kept Tears:

Lacuna Coil’s music gave way to Abney Park as Aaron crossed the club. He watched the man yawn, thinking he saw a hint of fang. Wrong club for that, though it could be his imagination. Aaron wanted to talk to the man, but he could barely remember how. It had been so easy before the war, when he was whole. Now he was nothing but scars, and just thinking about talking to a good-looking guy made him sweat. He took his top coat off. Aaron had designed his dress shirt to be short-sleeved on the side of his prosthesis so it could show off the gears and brass-work he had sheathed the non-moving parts of it in. Besides, coatless, he could show off the embroidered pattern of his vest. Slinging his coat over his good arm, Aaron decided to take a risk and be the man he was before Afghanistan. He walked over to the handsome man. “Hi, I’m Aaron Santori.”

“Rhys Edwards.” He nodded toward Aaron’s prosthesis. “I like it. Sit down.”

Aaron smiled. This could be the start of something interesting.

“I like what you’ve done with your outfit.” Rhys gestured at Aaron’s actual outfit rather than his prosthetic arm. “I’ve just started sticking my toes in these waters. I haven’t settled into a character.”

“It’s a lot of fun. Guess I never outgrew wanting to dress up in costume.” He blushed a bit. “Are you here with a friend?” Aaron had to force himself not to look away. He couldn’t believe he had just asked that. Could he make it any more obvious that he was flirting?

Rhys spread his hands, not seeming the least bit put off by the flirtation. “Alone, I’m afraid.”

“My friends are late. Did I say that already?” Aaron shifted on the uncomfortable chair. He was so out of practice when it came to flirting. He still wasn’t even sure if it was welcome. For all he knew, Rhys wanted pointers on how to really enter the Steampunk world.

“My gain, then.” Rhys’s smile sent a frisson of desire through Aaron before it could be soundly beaten back by the vicious little voice that had been living rent free in his head since the war.

Who would want you? You’re hideous to look at now.

Visit Jana's blog at http://jana-denardo.livejournal.com/.
Or at Dreamspinner Press: http://www.dreamspinnerpress.com/store/index.php?cPath=55_202
Posted by Unknown at 00:00