Available from JK Publishing, Raoul's Pride by Rae Brewer is here for a blog tour! Enjoy the excerpt and make sure you enter the giveaway! 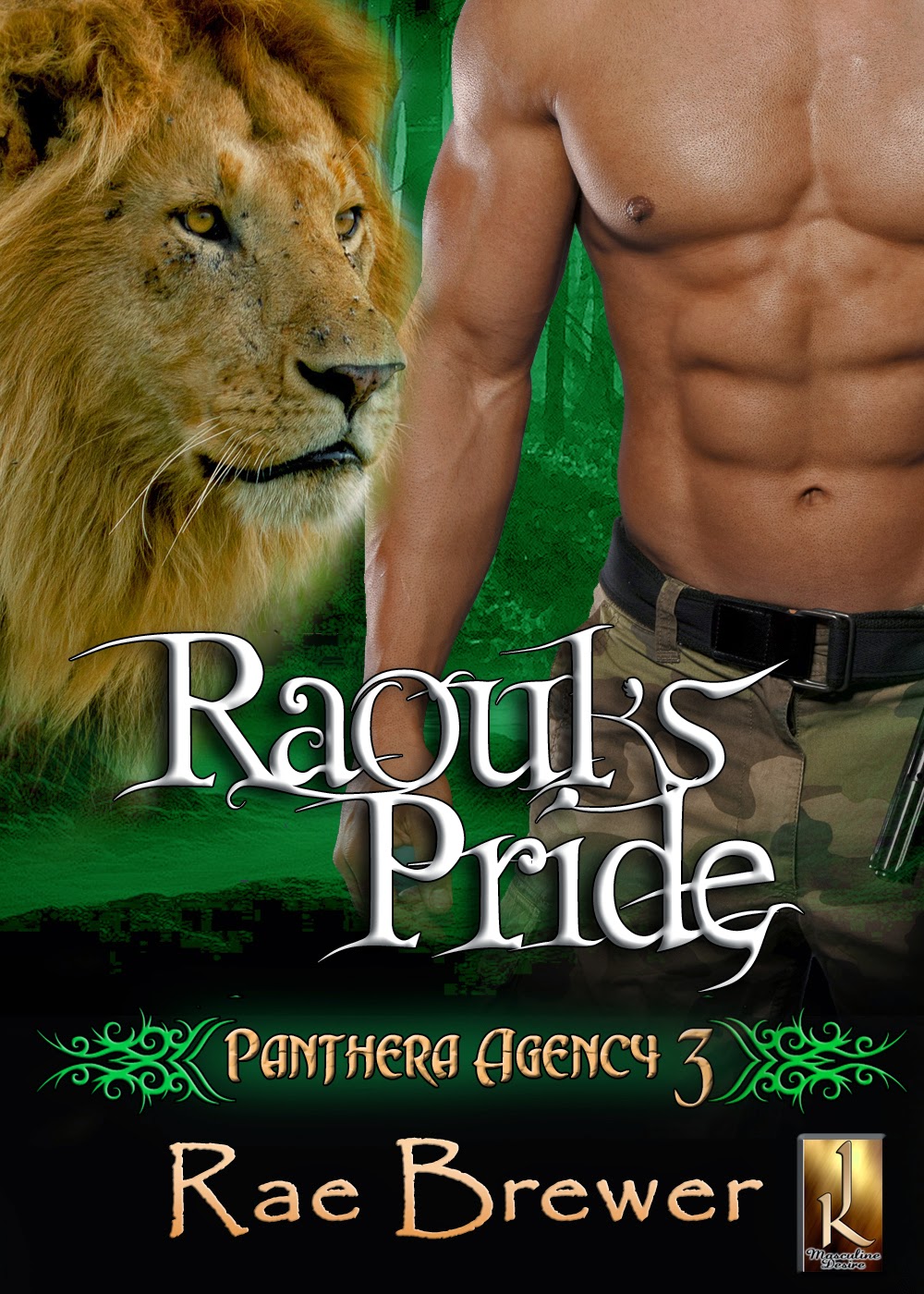 In book three of the Panthera Agency: After serving his country for the past decade, Raoul Vasquez comes home wondering if he’ll ever walk again. In the hospital, he not only fights to gain back his strength with the help of his family—he gains a surprise that will last him a lifetime.
Leo has his own needs for seeking help. His family has already suffered loss but without help, they could lose so much more. A trip to the hospital to gain an advantage against the forces that are knocking at his door brings him more than he could ever have hoped.
With the support needed to confront the evil threatening an entire way of life, the pride learns that with the Panthera Agency on your side the odds of losing are near none.

Hey everybody, not sure exactly what I should write here...hmmm when I'm not dreaming up hot romance stories, I go to school full time. I promised myself I'd finish my college degree and I figure that having a business degree will help me take care of the business of being an Author! Because writing stories is my true love!
I was born on the East Coast but make California my home now. I have one child, a daughter who is the light of my life. You don't need to hear any more...it's boring!

While they waited for the healer to come and give them a status update, Elena stayed by the bed. She ran her hands over her son's form. She hadn’t seen his jaguar in many years. She noted that even in this form he had some scars. If a shifter was unable to see a healer and stayed in human form until a wound healed, he would scar. Elena was shocked at some of the scars on her son’s body and she could only see one side of him.

“Chuy, I do not think our son has been working on trucks during his time in the army,” she said in a quiet voice.

“You are right, he didn’t want to worry us. But I know my boys. And you know Raoul, he always wanted to be a soldier,” he said, there was pride and worry in his voice.

Before she had a chance to answer there was a knock on the door right before it opened.

“Are you, Craig?” asked Oscar from where he stood near the door.

“Uh, yeah, but that’s not why I stopped by. Um, I’m not sure how to say this exactly but I have this guy here…um, well, the thing is he says that Raoul is his mate,” he finished with a red face.
That announcement got everyone’s attention.

“Why is he so sure?” asked Marianna.

“Well, I had to help Raoul shift, so I had to touch him. Then this guy was the next person I helped and when he shifted, he said he could scent his mate on me.”

“And how does he know that you aren’t his mate?” Marianna asked the cute young man next.

“I’m straight! I mean, I don’t have a problem with gay people or anything but um…”

Before he could say anything else, his father, Thorston, appeared behind him and he pushed the door open the rest of the way and walked in.

“Is there a problem?” he asked as he shut the door behind him.

“Your son was just explaining that another patient here is claiming to be my son’s mate,” explained Chuy.

“I see,” he said before turning to his son, “Craig, do you know where this patient is?”

“Mom took him up front to see if the Vasquez family had arrived. He wanted to meet them and find out if he could see Raoul.”

Before anyone else could say anything there was another knock at the door and Ingrid stuck her head in. “Oh good, you’re all here. Come in Leo and I’ll introduce you,” she said, pulling the door open and walking through with Leo not far behind.

“It’s getting awfully crowded in here. Why don’t we leave Mama and Poppi to talk to him and we’ll go get everyone some breakfast. Raoul is sure to wake up hungry,” said Arturo. They were all curious about the new man. But they didn’t want to scare Raoul’s mate away by overwhelming him right away. He’d have plenty of time to meet all of the family.

They all agreed and started filing out of the room. “You just want to go off and canoodle with your mate,” Marianna said to Arturo as they walked down the hall.

“Technically, we’re still considered newlyweds so it’s acceptable behavior,” said Brody in response as he reached over to give his mate’s ass a squeeze.

As the door shut on their children Elena turned to the doctor. “Before we meet this young man, would you give us an update on Raoul’s condition? Why did he need help shifting,” she asked anxiously.

Leo also paid close attention to what the doctor had to say. He wanted to know what was wrong with his mate. Even in his human form he could already separate all of the scents in the room. His shifter senses were already increasing. It was almost too much he would have to learn to deal with it. As the doctor spoke, he couldn’t stop himself from walking over to the bed. He stepped up to the opposite side from where his mate’s mother and father were standing.

“Your son’s injury was quite severe and almost beyond my capabilities to heal. It’s actually still healing. He has not yet regained the use of his legs and won’t until the swelling along his spine subsides. I do expect him to make a full recovery, but he will need a few more healing sessions. I told him to shift every three to four hours for the next day. Craig here will help him if he needs it. By the end of next week he’ll be recovered enough that I can release him.” 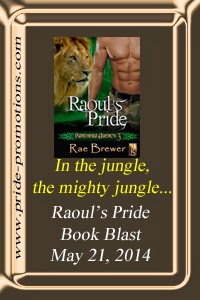