Blog Tour - The Actor and the Earl: The Crofton Chronicles: Book One by Rebecca Cohen


Rebecca Cohen is here today to promote her book The Actor and the Earl available from Dreamspinner Press. She has been kind enough to offer us an excerpt and a giveaway! 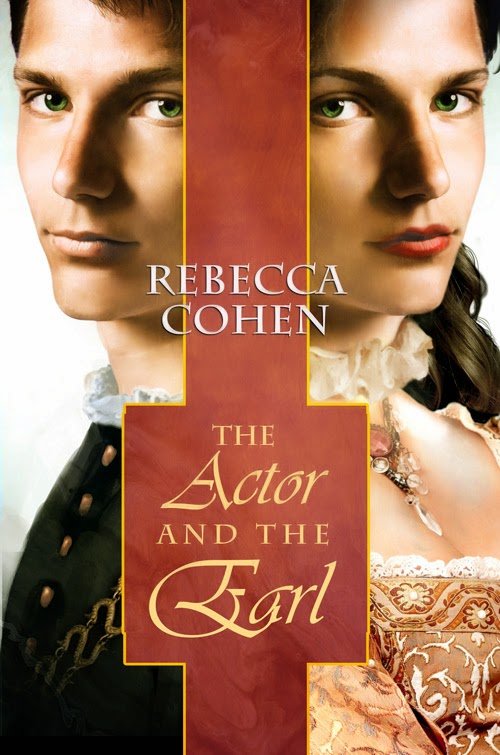 Elizabethan actor Sebastian Hewel takes his bow at the proscenium only to embark on the role of a lifetime. When his twin sister, Bronwyn, reneges on the arrangement to marry Anthony Redbourn, Earl of Crofton, Sebastian reluctantly takes her place. At nineteen, Sebastian knows his days as a leading lady are numbered, but with this last performance, he hopes to restore his family’s name and pay off his late father’s debts. Never mind the danger of losing his head should he be discovered.

He didn’t expect Anthony to be so charming and alluring—not to mention shrewd. While he applauds Sebastian’s plan, Anthony offers a mutually beneficial arrangement instead. Sebastian will need every drop of talent he has to survive with both his head and his heart intact, because this is the best part he’s ever had.


Rebecca Cohen is a Brit abroad. Having swapped the Thames for the Rhine, she has left London behind and now lives with her husband and baby son in Basel, Switzerland. She can often be found with a pen in one hand and a cup of Darjeeling in the other.

“So what of your sister, Mr. Hewel? Or were you always meant to play my bride?”

“Hardly. She has run off with a man she thinks herself in love with.”

Sebastian watched as Crofton examined him closely, taking in his appearance from head to toe. “What now? You know what we planned to do.”

“I think the plan has merits,” Crofton replied with a sly grin.

“Her Majesty has granted me permission to wed Bronwyn Hewel. How would it look if Bronwyn were to refuse? But I think that we can come to an arrangement that will prevent me from having to sully the once-great Hewel name.”

Sebastian didn’t like the sound of that—the words too close to blackmail for his comfort. “Meaning what, exactly?”

“If you are willing to keep up this pretense, continue to play Bronwyn, then I in turn would take up the mantle of devoted husband.”

“Your greatest performance, Mr. Hewel. Fool the court and polite society in an extravagant wedding, then retire to my country house to be my beloved wife for perhaps a year or two, after which time my young, but sickly, wife will succumb to a fever, and you will return to your life as Sebastian Hewel.”

For a moment Sebastian was unable to reply, Crofton’s shocking proposal robbing him of words. “But why would you want this?”

Crofton’s smile was predatory. “I have my reasons.”

“No buts, Mr. Hewel. Do you have your answer? A life of luxury and your honor, or your family’s disgrace?”

Sebastian’s heart raced, but as he stared into Crofton’s expectant face, he really had little choice. “I accept.”