Jess Buffet is here today! Check out her books The Kayan's Mage  and Riley's Vampire Prince, all available at http://www.bookstrand.com/jess-buffett 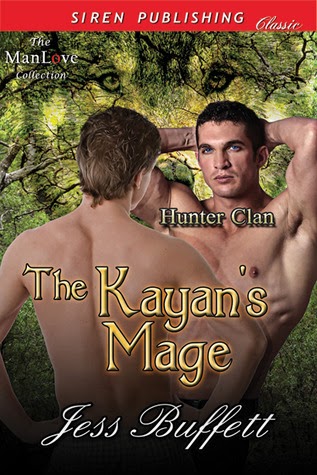 Sawyer McLeod lost his family and his entire Guild, except his twin, seven years ago. Now almost twenty-one, he is coming to the age to receive his abilities as a Mage. Unfortunately there are others who will stop at nothing to see the brothers don’t survive that long.

When Jake Hunter, Kayan for a Clan of Wolf Shifters living in Australia, finally finds his true-mate, he doesn’t expect it to be in the midst of a brutal attack. Through omissions of truth, misunderstandings, and fear, Jake struggles to prove to Sawyer that he can trust him.

When Sawyer is finally willing to give Jake a chance, a ghost from the past returns to destroy everything they have built together. Will they be able to overcome the foe long thought gone, or will it be the end for the Kayan’s Mage? 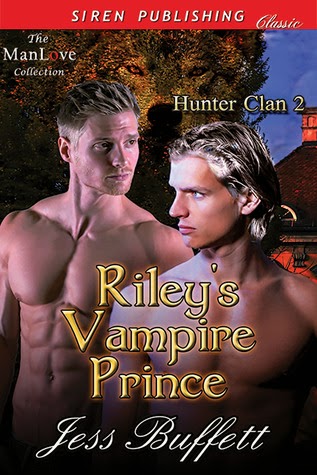 Riley McLeod has never gotten over the loss of his family to murderous Vampires, and often hides behind his sarcasm and carefree attitude. So imagine his shock when he discovers he is not only mated to one, but his mate is the Prince of the Vaucluse Coven.

When Caleb Vaucluse arrived at the Hunter Clan, he never expected to meet his mate. His joy soon turns to devastation when he learns that Riley fears him. Caleb struggles to get past Riley’s defenses and prove that they are meant to be. Unfortunately just as they come together, pride and old wounds prove hard to overcome for the pair, and threaten to tear them apart for good.

As an enemy is revealed and more questions are raised, Caleb and Riley have a choice to make. Do they keep their pride and stand alone, or stand together and embrace the love fate gave to them?

Elijah Collins is ashamed. Used to hurt his friends by Potestas, he now finds it hard to even look someone in the face. Especially Dmitri, his mate. When a truth about Elijah is discovered, Potestas also find out. Now that they know his true worth, he becomes an even bigger target than before.

Dmitri Kalas has always prided himself on being calm and in control. It is his job to help protect his Clan, and most importantly his mate. But when he finds out that the people responsible for hurting his Kayan’s mate have also been abusing his mate, he becomes incensed.

Will Dmitri be able to convince his mate that he is worth love and forgiveness? Or will Elijah allow his guilt to consume him and turn himself over to the enemy in order to keep his friends safe?

Jayden McLeod is used to betrayal. After years spent at the hands of an enemy and unable to speak after his own brother was forced to suppress his voice, he struggles to connect with the people around him. Particularly his mate.

As a Wolf-Shifter/Spirit Mage hybrid, Rhys Scott is used to hiding who he really is. When Rhys learns what the Spirit element has done to his mate, he is hesitant to reveal his true self to Jayden. Like all secrets though, the truth is revealed and Rhys must prove to his mate that he is worth a second chance.

Things become more dangerous when the Clan discovers Potestas is closer than they thought, and are no longer playing by the rules. With new allies and unknown enemies, the pair must learn to trust one another and accept themselves if they stand a chance of surviving.

Colton Rivers was born in captivity. Living within the walls of Potestas, he has lived with a terrible guilt for years, and after what is left of his family turns against him, he turns to the only safe harbour he knows—technology.

Jordan Foster has watched the people he cares most about find their mates, wondering when it would be his chance. So imagine his shock when he discovers his mate is none other than the arrogant little smartarse who has been causing him a world of trouble in their online war against Potestas.

Now, two opposing sides with the same goal—to take down Potestas once and for all—must come together, not just for their sake, but for the paranormal community. Can Jordan see past the attitude and snark, to the vulnerable mate beneath? And can Colton trust that Jordan won’t abandon him like everyone else has?

Jess Buffett was born and raised in New South Wales, Australia. She married her high school sweetheart and they live on the Central Coast with their two children. Jess is a hopeless romantic who loves stories about true love that sizzle with a happy ending—which is probably a good thing given what she writes. She is a huge fan of M/M, M/F and Menage romance—anything with hunky men in all their glory, whether they be shifters, vampires, cowboys, or the boy next door. Jess is a firm believer in soul mates, happily-ever-afters, and love at first sight, but that sometimes people need a second or a third meeting for the brain to catch up.
www.facebook.com/jessbuffett05 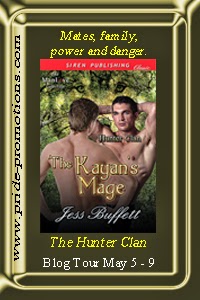