Lex Chase is here today to give us the inside look into Rook, one of her heroes from her Checkmate Series. 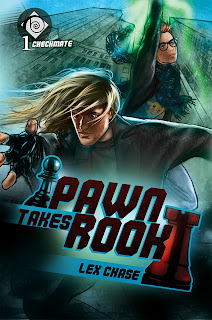 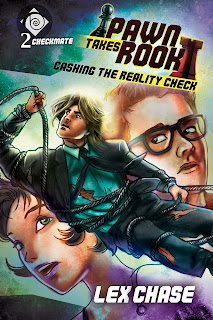 Even after eleven months of keeping the mean streets of Axis City safe, superduo Checkmate—Hogarth Dawson—and his boyfriend, Memphis Rook, still receive the cold shoulder from the Power Alliance. Undeterred, Hogarth brings his intense focus to bear on Rook, and after Hogarth makes an accidental marriage proposal, it becomes all too clear Rook isn’t quite at the same place. But before life gets awkward, duty calls.

Booted-off female contestants of the romantic reality show Single and Super are being found in comas, and Checkmate needs to get to the bottom of it. As part of Rook’s plan, he cleans up his bad boy image and goes undercover as a bachelor looking for love among twenty-five frenzied women. Against Rook’s wishes, Hogarth sneaks onto the set as a cameraman to investigate the case on his own. With questions unanswered between them, emotions run high, distracting them and feeding a trap of their own making. 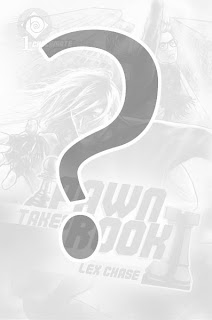 By day, they’re a loving couple. By night, they’re the superhero duo Checkmate.  Since that’s too much time in each other’s personal space, Rook and Garth decide they need friends outside of each other. Garth finds friendship with a D&D group comprised of the social misfits Chad—who has crammed himself so far in the closet he might never find the door again, Jackson—who’s so mysophobic he’s afraid of his own germs, and El Jefe—who has all the social grace of a brick.

With an epic dose of peer pressure, the group urges Garth to go to Tolkicon, the biggest comic convention in Axis City.  When the supervillain league the Coalition of Calamity appears and takes the convention hostage, as the only real superheroes around, it’s up to Garth and Rook to save the day. With Rook as one of the hostages, Garth knows it’s time to nut up or shut up about being a hero.