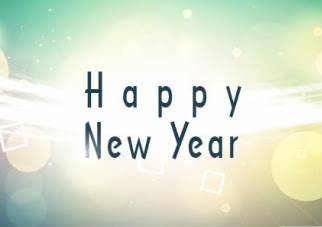 I had a serious pair of grumpy pants on earlier today. I mean the really, really tight ones that pinch and rub in all the wrong places.

This year, I spent New Years Eve alone. First time ever. Xto is away working and my family went to Maui. Now, before you get to feeling all very sorry for me, I was invited out to a party, but I chose not to go. I wanted to stay home and get some work done. That didn't stop me from throwing my own pity party though.

All sorts of little things went wrong today. Getting ready for work, I ran out of eyeliner (complete disaster), I was at work on New Years (horrible tragedy), I forgot the right pen (cause for meltdown), etc etc etc.
Now there is just under an hour left until midnight -- the joys of being the second to last time zone to change over -- and I am feeling much better. Know why? I thought about all the amazing things that have happened to me this week alone. There have been too many to count over the last year (some of the highlights were: I got married, my first novel was contracted, I began the process of changing careers, I traveled to some really amazing places, and I met my new niece Isabelle), but three of the highlights from this week:

1. I got my cover comps from Brooke Albrecht, who is amazing, and they were everything I could have hoped for. I had a hard time choosing, but I think I've picked one and I should have the final copy soon. Of course the moment I have it, I will post it here because it needs to be shared. So gorgeous.

2. I finished the first book in the Hope Cove series. It took me a lot longer than I thought it would, but I was working on a few other projects at the same time. I actually finished it, did a happy dance, went to bed, and then at 5:00 the next morning, woke up to the realization that I had written the ending all wrong. So I rewrote it in my head, went back to sleep, then got up and rewrote it for real.

3. I finished the second book in the Hope Cove series. You know those other projects I just mentioned? This was one of them. And I finished it about an hour ago.So yeah. Two books in one week. It was my goal to have them both finished by the end of December, and I did it with two hours to spare! So those are done. One more book and the series is complete. I've started the third and hopefully it will be done by the end of January, which makes February the Month of Epic Edits before I can submit it in early March.

There have also been a host of other, smaller accomplishments this week, like, for example, me flying all by myself without completely losing my shit during takeoff and landing (I am not a good flyer), and making it through Ikea during boxing week without being trampled to death.

So looking back on 2012, some really great things happened, but I am hoping for even better, even greater things from 2013.