One of my very favourite authors (and people!) L.J. LaBarthe is here today to promote her new book Mythica (which I have read, and is absolutely fantastic!) with a post about Aussie Bush Food and the Aussie Bush. Plus, she's included a recipe that sounds amazing!

Hi Cate, and thanks so much for having me again! I really appreciate it.

Today, in celebration of the release of my latest paranormal novel, "Mythica," I thought I'd talk about where the story is set and share a recipe. 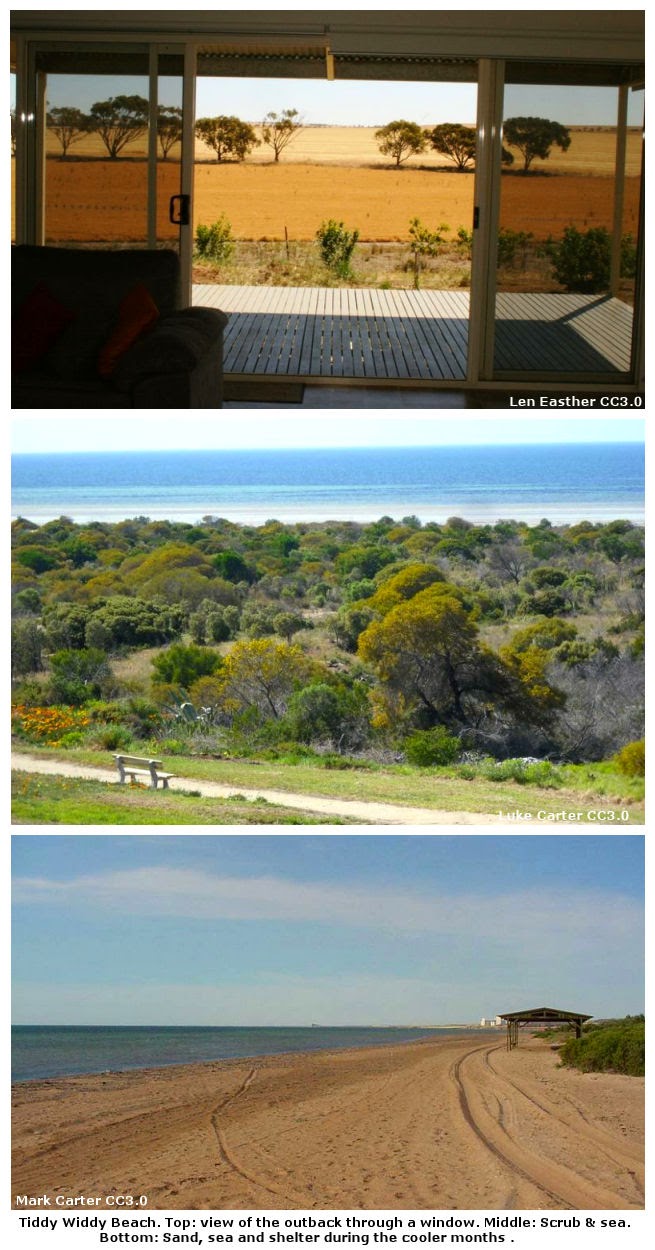 First up, the location. The story takes place in the Yorke Peninsula, in the country town of Ardrossan, and the smaller town of Tiddy Widdy Beach. Tiddy Widdy Beach is where Caiden and his family live, and in this town there's nothing but houses, holiday shacks, the sea, sand, scrub and beyond that, the outback. Ardrossan, which is 3 miles up the road, has all the shops, pubs and amenities you could want, and is also on the coast, just like Tiddy Widdy Beach. Most of the story plays out in these two locations, and they are picturesque and beautiful, small communities about two hours' drive from the city of Adelaide. At the bottom of the Yorke Peninsula is the Innes National Park, and a scene takes place there as well.

Caiden is a half-selkie and has a great affinity for the sea. If he can't be near the sea all the time, he finds it extremely uncomfortable. He needs to be in the sea water, celebrating the life within the ocean and his selkie half as often as possible. Winters can be quite cold—but without snow—and even then, Caiden follows his instinct to be in the sea. He loves the sea and his day job involves working on and near the sea, as an inspector for the Fisheries Department. As you can see from these images, both Ardrossan and Tiddy Widdy Beach are really lovely, and the majority of houses are old, made of brick with corrugated steel roofs. Ardrossan has a population of around 1122 people and Tiddy Widdy Beach has a population of around 193 people. 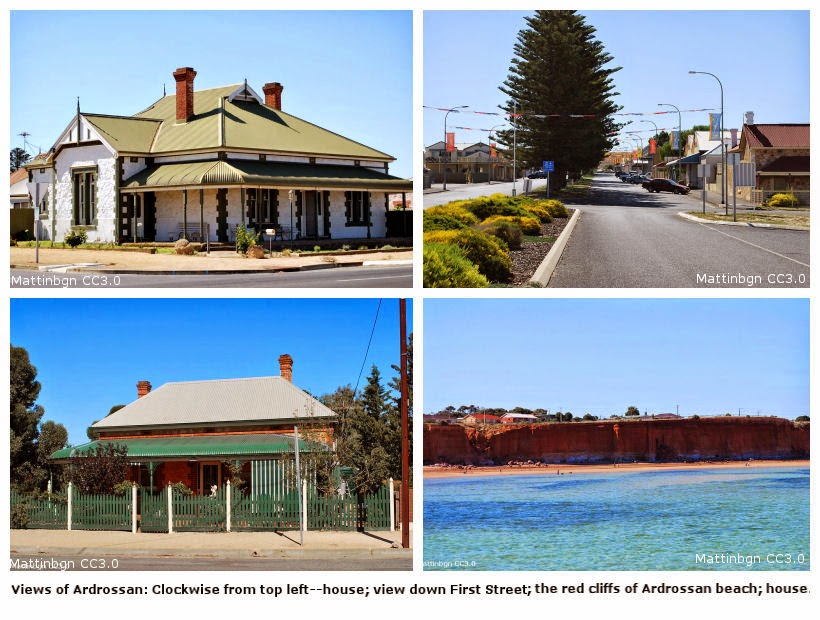 Next, food. I'm something of a foodie, and there's not much that I won't taste at least once, although I have a deep hatred of broccoli! Indigenous foods, things that have been hunted and gathered by the Aboriginal peoples of Australia for millennia are growing in popularity in a wider audience, thanks to exposure from such celebrity Australian chefs as the awesome Adam Liaw and Luke Ngyuen.

In "Mythica," there is a barbeque scene, and one of the dishes that is prepared is lemon myrtle, bush tomato and chili mussels. Lemon myrtle tastes like a combo of lemon and lime, and bush tomato, which is harvested as a fruit and then dried, tastes like a combo of sundried tomato, tamarind (sour) and caramel. You can find out more about these native foods here: Lemon Myrtle info: http://tasteaustralia.biz/bushfood/lemon-myrtle/ Bush Tomato info: http://tasteaustralia.biz/bushfood/bush-tomato/
Onto the recipe! This is for the sauce, which is great with just about anything.

Core tomatoes and cut a small slice at the base of each. Place into a saucepan of boiling water for 40 seconds to blanch. Remove with a slotted spoon and plunge immediately into iced water.

When cool, peel tomatoes, cut in half, remove seeds and finely dice.

Place sugar and vinegar in a large saucepan over a high heat. Add the herbs and spices and stir until sugar has dissolved. Add chopped tomatoes, onion and green capsicum. Bring to the boil, reduce heat to low and simmer for 20 minutes or until the liquid has reduced and sauce becomes sticky. Season with salt and pepper to taste.

If sauce is too thick, add a little water until desired consistency is reached. When liquid is cooled, bottle in sterilised bottles/jars. 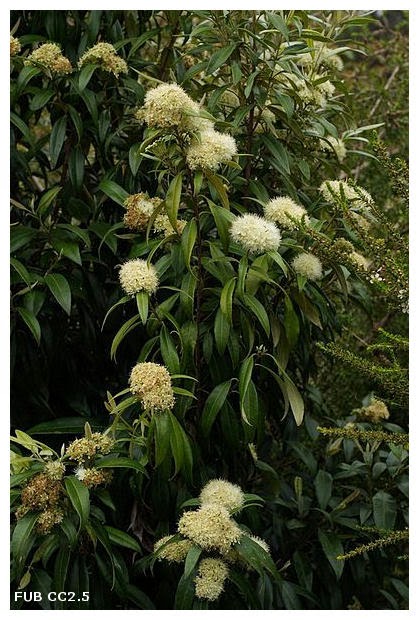 If you'd like to try these bush foods, here are some links of places where you can order them online. They do ship internationally, but it'd be wise to ask your post office first about restrictions on what can and can't be brought into your country. 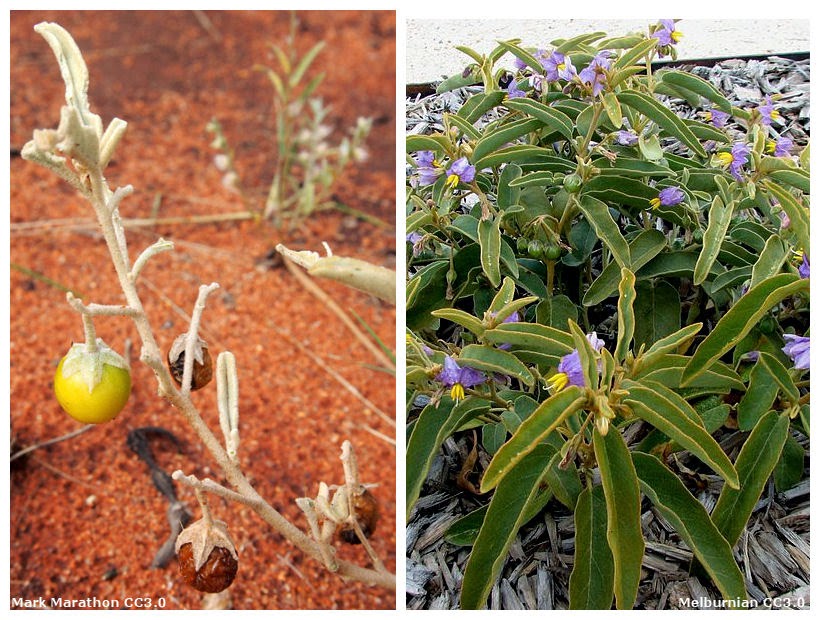 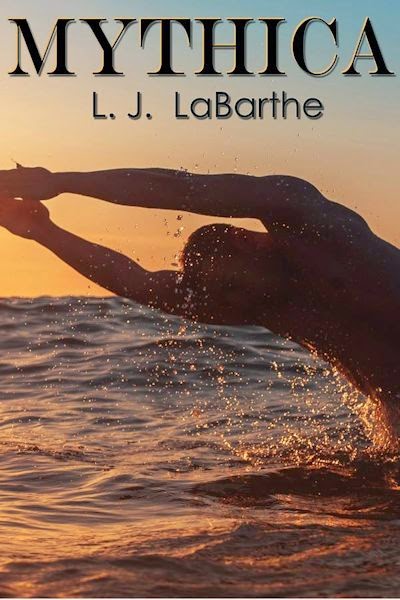 Caiden Jones is part-selkie and lives an idyllic life by the sea in South Australia. He’s had his fair share of disappointments, like being kept out of the Navy due to his mythica status, but overall he’s got a pretty good life. Until he’s in the wrong place at the right time.

Cai steps in to subdue an out-of-control minotaur and in the process suffers a serious injury to his ribs. As Cai struggles to breathe, a gorgeous suit-clad sy’lph with mesmerising blue eyes races to his rescue. When it’s learned that the minotaur was poisoned, the sy’lph, Gray, makes it his personal mission to keep Cai and his family safe.

Cai has always harboured some resentment towards the sy’lph because of their easy acceptance into the community, so the attraction he feels for Gray takes him by surprise. But how can they find out what this might mean when the lives of Cai and his family are endangered by someone closer than they realise?

L.J. LaBarthe is a French-Australian woman, who was born during the Witching Hour, just after midnight. From this auspicious beginning, she went on to write a prize-winning short story about Humpty Dumpty wearing an Aussie hat complete with corks dangling from it when she was six years old. From there, she wrote for her high school yearbook, her university newspaper, and, from her early teens to her twenties, produced a fanzine about the local punk rock music scene. She loves music of all kinds and was once a classical pianist; she loves languages and speaks French and English and a teeny-tiny smattering of Mandarin Chinese, which she hopes to relearn properly very soon. She enjoys TV, film, travel, cooking, eating out, abandoned places, urbex, history, and researching.

L.J. lives in the city of Adelaide, and is owned by her cat.