Elizabeth Noble is here today for an interview! Her new book, Run for the Roses is available from Dreamspinner Press. 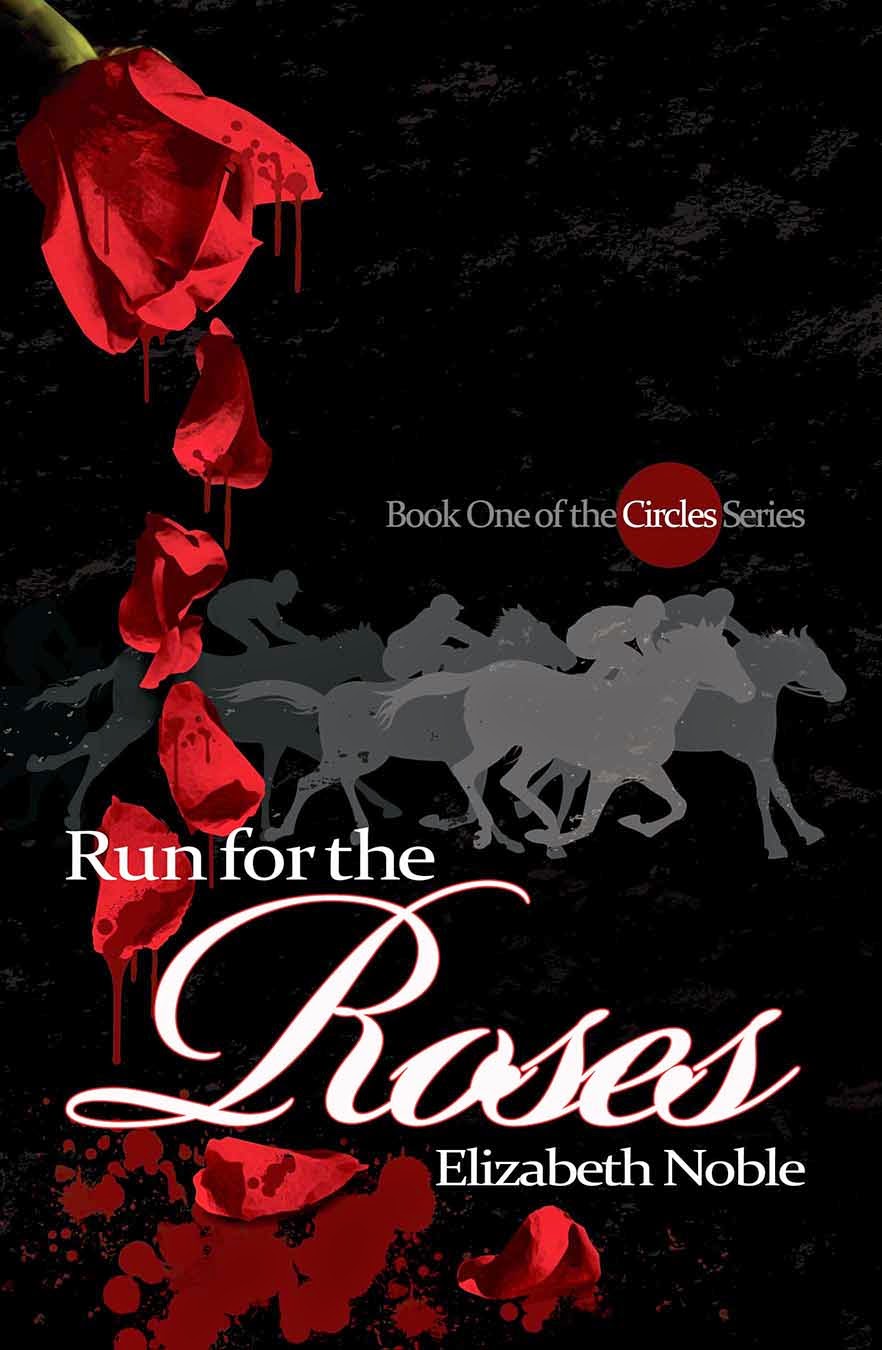 Wanting to end his pattern of choosing controlling and abusive men, Vladimir ‘Val’ Mihalic figures it’s better to live alone than live in fear. Just when things are settling down—his biggest trouble recently is a Kentucky Derby hopeful that won’t load into a starting gate—his best friend Janelle’s violent ex-boyfriend kidnaps her. After she’s seriously injured in a car wreck, Wyatt Harig, Janelle’s estranged father, comes around to tend to his daughter. Despite Val’s determination to avoid relationships, Wyatt interests him in ways that make his resolve waver. As complications and repercussions pile on in the aftermath of Janelle’s kidnapping—including a gambling charge and a murder—Wyatt and Val must work together to seek answers. And the closer they get to each other, the more Val wants them to stay that way.

Are your characters purely fictional, or do you sample from people you’ve met in real life?
My human characters are pure fiction. However one of my equine characters a draft cross is based on the horse I had when I was younger. I trialed for the Olympics on Sig, and the horse in Run for the Roses is based on him and has his name.

Which one of your characters is most like you?
Well, there’s the horse. But I’m guessing you mean human characters.

How so?
I think Wyatt is my favorite. He’s sort of cool and reserved, but when you least expect it the guy just pops out with the funniest things to say.

When you were a kid, what did you want to be when you grew up?
A writer and a jockey. Grew too tall to be a jockey.

What is your greatest guilty pleasure (literary or otherwise)?
Literary: kinky sifi.
Otherwise: my phone. Love my Note 3. And boots and purses.

Do you have any strange writer habits? (Writing in the bathroom, talking aloud to your characters, etc.)
I talk out some of my scenes. Usually I stick to when I’m in the shower, but sometimes I get caught doing that at work. Really embossing when your characters disagree with each other or me! 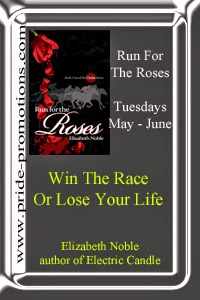 Elizabeth Noble started telling stories before she actually knew how to write, and her family was very happy when she learned to put words on a page. Those words turned into fan fiction that turned into a genuine love of M/M romance fiction. Being able to share her works with Dreamspinner is really a dream come true. She has a real love for all things sci-fi, futuristic, and supernatural and a bit of an unnatural interest in a super-volcano in Wyoming.

Elizabeth has three grown children and is now happily owned by an adorable mixed breed canine princess named Rosie, and two cats, Murphy and Yeti. She lives in her native northeast Ohio, the perfect place for gardening, winter and summer sports (go Tribe!). When she's not writing she's working as a veterinary nurse, so don't be surprised to see her men with a pet or three who are a very big part of their lives.